The Restorer of monumental buildings

Today the former infirmary, now called House Van Saene, is the only remain of the classicistic abbey buildings in Ninove. It was built in 1782 under the direction of architect Frans Drieghe.
Drieghe was the successor and nephew of architect J.B. Simoens, to whom most of the plans of the abbey are ascribed.(from Het Land van Aalst, LXIII, pp. 227-307, author Dirk Van De Perre)
On January 15, 1822, the abbey was sold to J.B. De Smet, businessman at Zele. The demolition of the abbey was started in the same year but the “sieckhuys” (infirmary) and the outbuildings had to remain untouched as they were let out to J.J. Haelterman , a farmer.
Later, the building and the surrounding grounds were bought by Haelterman from De Smet. (from Heemkring Okegem 2016, 3+4; Joos Joseph Haelterman, author Jaak Peersman).

With the approval of Ninove City, part of the abbey grounds were parcelled out in 1956. In order to sell all the narrow parcels, the remaining (abbey) buildings should have been demolished. But by purchasing the three parcels upon which the “sieckhuys” is standing and financially compensating the house-braeker, the M. Van Saene-Beeckman family has preserved the House from demolition for a second time. The acquisition was enabled by A.C. Samoy, maecenas and good friend.
Up to now all renovations and restorations have been financed privately.
The building, entrance and garden did not get the status of protected monument until 1996.

The restoration started in 1968 in charge of the architectural firm Devos en Kint. Indoors the main elements of construction and upholstering were preserved, but fitted to the new construction ( text from Agentschap Onroerend Erfgoed 2016, Castle Van Ham). The above mentioned firm engaged M. van Saene for the furnishing of the castle.

During the 20th century the castle fell into disrepair. In 1978 it was bought by the Van Waeijenberge family and, together with the park, radically restored under the leadership of Maurits van Saene. The beautiful result was crowned with the prestigious Europa Nostra Award ( text www. herzeleinbeeld.be).

In 1980 Rik van Saene bought the Guest-quarter in Sint-Martens-Lierde. His father completely supervised the restoration. In the past the house had undergone several rebuildings and it did no longer meet the modern standards. In fact, only the outer walls, some inner walls and the oak tie-beams were preserved. The roof was restored with slating and a new division was made indoors. All doors were renewed, but in the original style.

For the restoration Mr. and Mrs. van Saene-Beeckman received in 1986 a charter of the Verbond voor Heemkunde Oost-Vlaanderen. 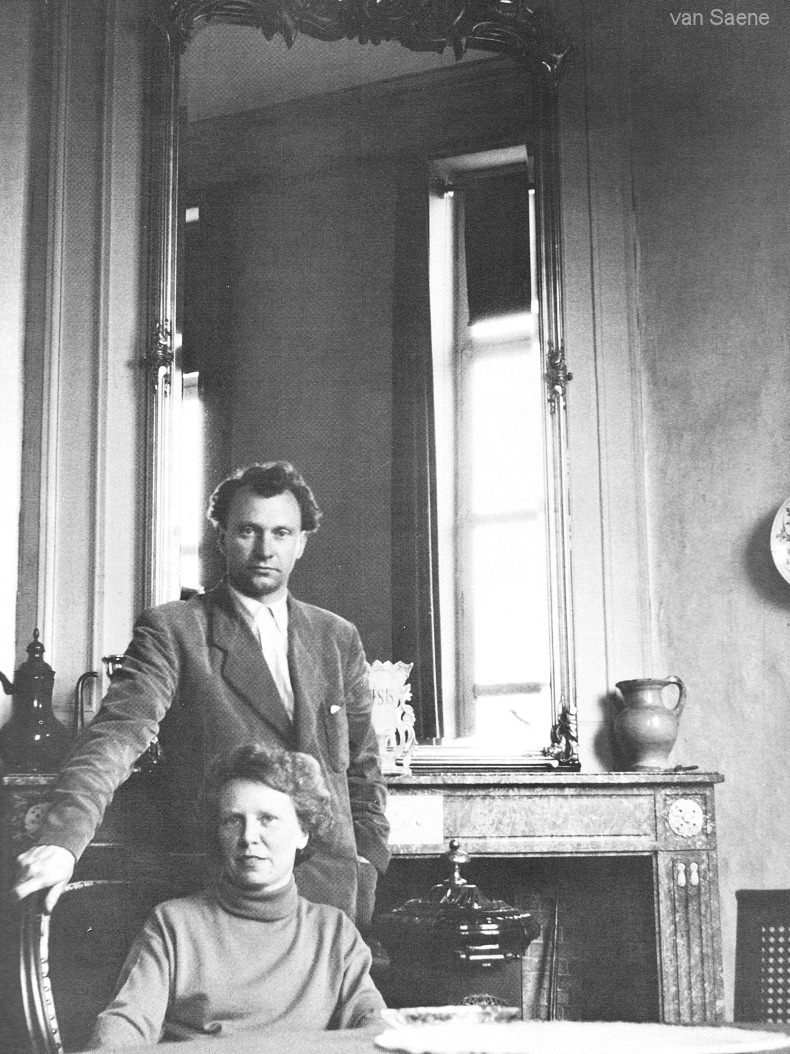